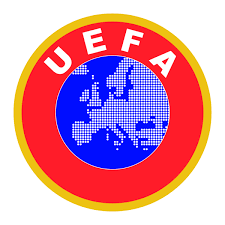 To the UEFA President, Vice Presidents and Members of the Executive Committee

We are writing to bring to your attention the injustices, prejudiced decisions and numerous irregularities regarding the adjudications of the Hellenic Football Federation which lies under your supervision and directly reflects your prestige as a governing body.

We are healthy-minded football fans who love the sport and have reached a breaking point as a result of the inequities the Hellenic Football Federation has deemed fit to make its trademark. We have been patient for years, knowing full well that various interests have pulled strings to manipulate situations, officials, teams and referees to their ends. We have been patient knowing that teams are run by presidents and boast of investors who primarily have shady dealings in the nightlife sector. We have been patient with the biased justice meted out by the Federation that punishes certain teams to the fullest extent of the law while giving small taps on the wrist to others for identical – not similar – offenses. We have been patient but are no longer.

We ask that you investigate to the fullest extent in your powers the verdicts of the Hellenic Football Federation in the past few years with regard to such inconsistent penalties and scandals that have emerged and been swept under the carpet and demand with all the respect we feel for the values, pioneering vision and promotion of the sport you so rightly expound as being the cornerstones of the association,  that you especially investigate the validation process of teams at the end of every season, which this year in particular should lead you to close down the Hellenic Football Federation as a whole.

We bring to your attention statements made by the legal representative of the the Federation who clearly advised members of the Greek parliament to not request that team validation folders be made public because many teams would find themselves in a predicament, implying that the Federation had already validated teams that should not have been. We additionally bring to your attention the events of this year’s Cup Final and ask that you see to what extent the decisions of the Hellenic Federation have led to a public outcry and aversion to the sport as a result.

The Hellenic Football Federation is a disgrace to Greece, a disgrace to the sport and must be checked. We turn to you, the primary and objective governing body in Europe in the hopes that you will put an end to the infamy of a sport the Federation has bred and will continue to breed if nothing is done. We do not ask that you do this eventually. We ask that you do this now, before a new season of injustice begins.