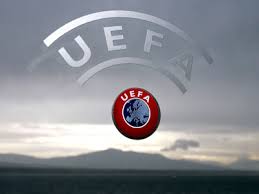 To the UEFA President, Vice Presidents and Members of the Executive Committee

An e-mail was sent on our part (and we expect many others as well who copy-pasted it) to you on May 20, 2011. It concerned the Hellenic Football Federation and the various abnormalities surrounding association football in Greece and the officials in charge of overseeing the «fair» conduct of teams and decisions pertaining to the sport within Greek borders.

We had not asked for nor expected any direct reply from you, however we did expect that some announcement be made on your site – some official acknowledgement that many letters of complaint had been received or that some form of investigation had been opened on the subject. Your silence, we must admit, was unexpected, to say the least.

Today, the Hellenic Football Federation continues to issue decisions falling back on credentials they have received from you as being the sole rightful governing body to issue such decisions, even though you well know that there have been complaints as to the validity with which these verdicts have been reached. If you deny such knowledge, it would mean that you never went to the trouble of investigating allegations made by a number of letters of complaint which we expect reached your desks.

Today we, alone, from this blog kindly ask that someone answer this letter and inform us about what has been done regarding this matter; whether letters were received in the first place; whether you have sent instructions to the Hellenic Football Federation which have not been made known to the Greek public which may have curtailed its responsibilities; whether you have begun investigations of any kind into the parliamentary hearings of May 16th on live television (a direct broadcast from parliamentary television channel Vouli TV)  where HFF representative Theodoros Kouridis stated that other teams might be harmed if all validation files were to be disclosed. In case no one has brought this to your attention, which we are sure they have, please find the televised footage of May 16th, or have someone translate for you the words Mr. Kouridis utters between the time span from 4.28 to 4.45 in the following link http://www.youtube.com/watch?v=jru0OP2eAfo&feature=player_embedded.

It is a mere seventeen seconds of your day. For us, it is the difference between justice and corruption. We realize you have many mails to answer. We realize that you may snub us as  unimportant or unworthy of receiving any update from you as to the actions you take. But just let us remind you, though we send this letter and express our thoughts, know that many others in Greece feel as we do, and want definitive information directly from the source. Please take the time to write a brief reply.

Football is not just a series of tournaments, fiestas and fun. For many, unfortunately, it has become nothing more than business and as such loses its meaning. It is your duty to help steer the sport back to its essence, and to do this you must supervise more closely. The reason for this letter is just that – inform us about what is being done with regard to the Hellenic Football Federation.

Thank you in advance for your patience and time. 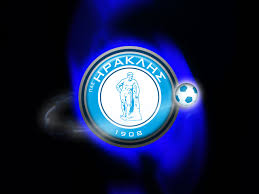