Μετάβαση στο περιεχόμενο
ΑρχικήWhat Can You Do To Help Greece? Go There

It now appears that Greece will once again be bailed out of its financial morass. A year ago at this time, the world was roiled by the prospect of Greece defaulting on its considerable debts, and only the reluctant decision of the leading members of the European Union – Germany most prominently among them – led to more than $100 billion in loans extended to the Greek government.

Now, after a year of austerity measures that make Washington’s debt discussions look like a debate over whether to order the magnum of Crystal or the 1985 Lafitte, the Greek government once again is in danger of defaulting. And once again, reluctant Germans (who had sworn not to extend one more euro to the profligate Greeks) have agreed that providing more capital to a starved Athens is better than the prospects of a default.

Still, the unanswered question is how can Greece service its debts (let alone repay them) when austerity measures are increasing unemployment, pressuring growth, and creating a vicious circle of more cost cutting, lower growth, flirting with defaults, new bailouts, and then demand for further budget cuts? The answer for now: tourism.

Greece depends on tourism for somewhere between 15% and 20% of its overall GDP of nearly $350 billion, and its impact is probably greater than that when you add in spending in stores and restaurants in Athens and other tourist destinations. That income is essential to the ability of Greece to repay its debts. And the Greek government knows it.

So, in line with the tens of billions in additional loans and guarantees now being negotiated, the Greek government has pulled out all of the proverbial stops to encourage tourism, including reducing sales tax and airport fees for landing. The push has been especially intense in Germany, where resentment of Greece is running rather high.

The irony, of course, is that more German tourism in Greece is primarily good for Germany. 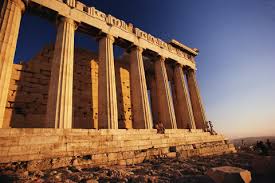 German banks are exposed to the tune of anywhere from $30 billion to $50 billion of Greek government debt, and they will be hurt by any default. So more German tourists in the Aegean, sunbathing on the beaches of Mykonos, ordering an extra shot of ouzo, and dancing the discos of Rhodes, means more ability of Greece to repay those German banks. And it’s a lot more fun for the Germans to pay for these pleasures so that Greece can repay German banks than if the German government simply raised taxes at home in order to offset the losses that its banks might incur.

As for Americans, the United States suffers the collateral effects of Greek debt worries in the form of weaker equity markets (banks have to raise more capital, and equities often bear the first brunt) and more anxious credit markets. So Americans could do their part to aid the financial system by planning that long-delayed trip to the Greek isles this summer. Of course, with their own 9% unemployment (and closer to 15% real unemployment) such a trip may seem beyond impractical. 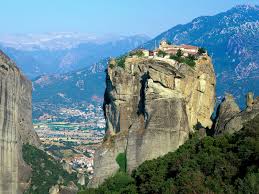 Of course, the U.S. government could underwrite such trips, in the name of shoring up the credit system. And it would be a whole lot more enjoyable to many Americans then the more anodyne and dull Federal Reserve “quantitative easing” programs.

Greece continues to highlight the connectivity of the global financial system, with bankers and government engaged in pretzel-like contortions to shift capital from A to B in order for it to flow back to its point of origin. That creates some odd incentives, including the need to spend more and work less by vacationing in Greece in order to prevent the plight of the Greeks from triggering another wave of global panic.