The impact of a sovereign-debt restructuring on Greek banks 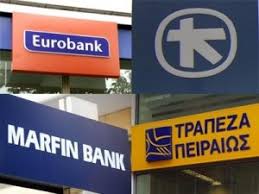 A MESSY end to Greece’s debt crisis seems ever more plausible. Standard & Poor’s this week slashed the country’s credit rating to the lowest notch above an actual default. Violent protests against a fresh round of austerity measures scarred Athens on June 15th. And dissent among European policymakers about how to involve private creditors in a new rescue package for Greece rumbled on.

Much of this debate centres on whether a restructuring of the country’s debt would spark wider contagion. The European Central Bank, the most vocal opponent of restructuring, thinks it would: on June 14th Mario Draghi, the ECB’s president-in-waiting, warned that any attempt to impose costs on Greek bondholders could lead to a “chain of contagion”.

The first links in that chain are the Greek banks. They have had a surprisingly good crisis given the country’s economic woes. Most were profitable last year. Several have managed to raise capital in recent months. Their vulnerability stems from their exposure to Greek government debt, which stands at about €70 billion ($100 billion), an amount that is roughly twice as large as their equity cushions.

Least damaging for Greek banks in the short term would be some form of agreement among creditors “voluntarily” to roll over their holdings of government debt. But that would not reduce the country’s debt burden. Nor would it allow Greek banks to reduce their exposures.

A second option could be some form of “soft” restructuring in which Greece extended the maturities of its debt while still promising to repay it in full. This is the option favoured by Germany. A rescheduling would reduce the net present value of the debt held by Greek banks, leading to impairments. But there would probably be only a limited impact on capital because accounting rules give banks wide latitude in calculating the net present value of the bonds, enabling them to reduce the hit they would take to capital.

A rescheduling of a specific chunk of their government bonds, such as those maturing between 2012 and 2014, would have an even smaller effect and could be easily weathered by the country’s biggest banks, according to Standard & Poor’s. Such losses could probably be absorbed by existing capital and, if need be, topped up by the €10 billion set aside in Greece’s 2010 bail-out package to recapitalise banks in a Financial Stability Fund.

A more radical third option, a “haircut” on the value of Greek debt, would have a significant impact on Greek banks because losses would have to be recognised immediately. Some analysts use a simple rule of thumb, given that holdings of Greek government bonds are about twice as large as their capital buffers, of doubling the size of a haircut to arrive at the reduction in capital. A haircut of about 20% would leave banks standing but probably in need of capital injections greater than those already budgeted for. A haircut of 50%, close to current market values for ten-year Greek bonds, would largely wipe out shareholders and require a significantly larger bail-out to recapitalise the banks (see chart). None of Europe’s leaders likes this option but it would be money well spent if it put Greece’s debt on a sustainable path.

In all cases the survival of the banking system would depend on whether the ECB continued to accept Greek government bonds as collateral for its liquidity operations. ECB officials have said they are prohibited from doing so in the event of a restructuring, but bankers point out that they have rewritten their rule book often enough and could do so again. Crucially, Greek banks also depend on depositors keeping their nerve. So far they have pulled less than a fifth of their money out of banks. For all the ECB’s tough talk about containing contagion, it needs to be careful not to spark the very bank runs it fears.