Editor’s note: George Irvin is Professorial Research Fellow at the University of London’s School of Oriental and African Studies (SOAS). He is author of Regaining Europe: an economic agenda for the 21st Century, London: Federal Trust, 2007.

(CNN) –– The question of whether Greece should restructure its debt has acquired a rhetorical ring — the country has few options left. Greece is due to repay over half of its outstanding €330 billion in debt by 2015 — that compares to its earnings (gross domestic product) of just €210 billion a year in 2011, with an economy which is contracting and a workforce which is going on strike.

Furthermore, for Greece to return to a sustainable path given current market interest rates would mean doubling taxes or cutting government spending by 75%, so the country is being supported by its eurozone peers and the International Monetary Fund, because the numbers don’t stack up.

END_OF_DOCUMENT_TOKEN_TO_BE_REPLACED 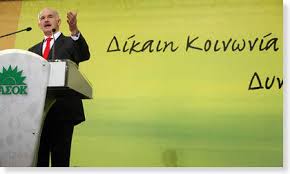