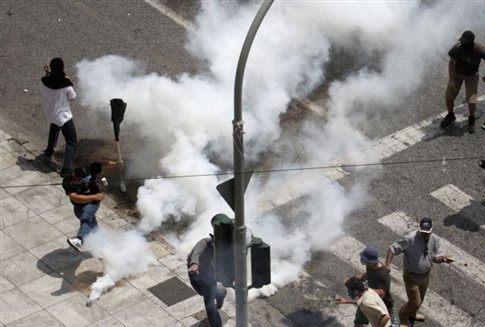 “Police have a duty to stop the violence and arrest those responsible, but they must ensure the use of force is proportionate and directed only at violent demonstrators. They must not curtail the legitimate right of the vast majority of peaceful demonstrators to gather and protest in Syntagma square.”

Trade Unions yesterday declared a 48-hour general strike in Greece to oppose government plans to introduce new austerity measures. Syntagma square in Athens, opposite the Parliament, has been the rallying point for thousands of demonstrators during the strike.

The Greek movement of “the indignant” (indignados) have also peacefully occupied the square for several weeks.

Video footage and witness testimony points to the repeated use of excessive force by police in recent demonstrations, including the disproportionate and indiscriminate use of tear gas and other chemicals against largely peaceful protesters.

Clouds of tear gas around the square today forced a large number of demonstrators to retreat inside Syntagma square’s metro station and nearby streets, where they continued their protest.