Jani Lane, the former lead singer of the rock group Warrant, was found dead in a Los 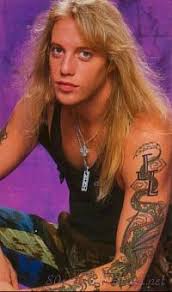 His body was found at the Comfort Inn in Woodland Hills, but no cause of death has been released.

The singer had a history of alcohol-related arrests. He was taken into custody in June 2009 for reportedly crashing into a parked car. He pleaded no contest to misdemeanor DUI and was put on probation for three years.

A year later, he was arrested for a similar incident that landed him in jail for 120 days.

Lane (born John Kennedy Oswald) also served as the lyricist and main songwriter for Warrant. He joined the band in 1986, two years after its formation by guitarist Erik Turner.

The band is probably best known for their single “Cherry Pie,” which Lane wrote. The song, a top 10 hit in 1990, featured a guitar solo by C.C. Deville of Poison, Jani’s longtime friend and bandmate of Bret Michaels,who tweeted his condolences to Lane’s family after the news broke.

Lane also wrote several other hits for the group, including “Heaven,” “Down Boys” and “Sometimes She Cries” from their debut album, «Dirty Rotten Filty Stinking Rich,» and “I Saw 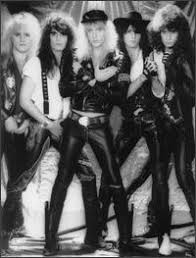 He left Warrant three times over the years, including the most recent, in 2008.

He was featured on VH1’s «Celebrity Fit Club 2» in 2005 and last year toured with Great White, filling in for singer Jack Russell, who was recovering from surgery.