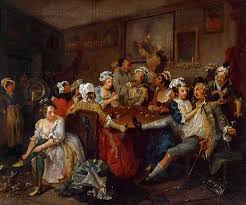 a) compensation: Yes, compensation as they call it, because what they are doing is a favor to all  Greeks, that is why they need to be compensated rather than receive a salary like those lucky enough to hold down a job or those who as babies fell into a lucky cauldron and now have a full-time job. If this is not enough, compensation is taxed on the spot. Not added to all other pay they receive, keeps total income down so they steer clear of high-income brackets which are naturally taxed more come tax return time.

b) welfare payment: wait, don’t they already get 16 salaries of €5500 each per year without the extra €150 they are additionally paid every time they attend committee deliberations, which supposedly should have been part of their job already? Small note: up until 2010  they received 17 salaries a year, the extra bonus per session was €300, so yes, they suffered heavy cutbacks.

c) travel expenses: Papandreou continued to stay at the luxury 5-Star Conrad Bruxelles Hotel on the city’s most expensive Avenue Louise street on his trips to Belgium’s capital. Vice President Pagkalos, before the bankers coup d’etat which placed Papademos in power, formally stated that the Gabrielli Sandwirth Hotel he stayed in as a Greek representative during Venice’s Biennale was especially cheap at €425 per night, which is a little less than what the unemployed receive for a month, may I remind you. Let us see the concrete facts, however. MPs do not pay rail, ferry or bus fares. MPs who belong to constituencies outside Athens are allowed to fly 104 times at the expense of Greek tax payers. Another €450 is given to MPs from certain constituencies (Athens, Patra, or those that have an airport  directly linked to Athens), and €600, €750 and €1000 to MPs depending on the location of their constituency (the more distant it is considered from Athens, the higher the sum) for travel expenses within Greek borders. All official travel abroad naturally comes out of taxpayers’ pockets.

d) stationery expenses: a further tax-free €1200 – 1500 is shoveled out so MPs can «organize» their offices. Certain reports claim this amount is a mere €778. This has of course nothing to do with their aides who are paid extra salaries, but we will come to that in a bit.

e) family subsidy: 10% bonus in salary to help out with the family budget for married MPs and an extra 5% for every child. (This is true for all civil servants not just MPs, the problem being that salaries are already on a completely different scale as it is for the latter.)

f) Correspondence with constituents: MPs receive €1000 to post letters to their voters, an amount which doubles for obvious reasons at Christmas and Easter.

The Stone House, Serifos, owned by George Papakonstantinou (former Finance Minister, now Minister for the Environment), which George Papandreou rented last August for summer vacation. According to reports, the Elysian Holiday site priced it at  €6,200 a week during the summer peak season (July 1 – September 2).

Freezing Time: What was valid in 2010

According to an article that was published in the Greek newspaper Kathimerini in 2010 a number of appalling facts were brought to light regarding Parliament. After the article was published, the author, Nikos Vafeiadis, was summarily dismissed of course.

The article mentioned the following disconcerting points. In 2010, MPs received €10,000 salaries on average per month.That would be 120,000 a year with all the extra compensations and bonuses naturally. This was refuted by an MP, representative of the right-wing LAOS political party, who specifically stressed that this was a travesty of the truth, the truth being that MPs only receive 7000 a month and – subtracting taxes and all – end up with only 5000 a month. Yes, I see how he has made his point when monthly unemployment benefits reach €461.50 and minimum wage at €751 before taxes which will further decrease from the looks of it to €560 by next year because the EU wishes it so.

Just for the year 2010, €35 million was spent on pensions. Oh, yes, let’s talk about pensions, shall we? MPs receive two different pensions. They are eligible for pension after only 4 years of service and receive €250,000 on the spot the year they retire, and if they took office before 1993, start receiving their normal monthly pension at 55 years of age, unlike the rest of us at 65. It goes without saying that spouses and unwed daughters of deceased MPs continue to receive the late MP’s pension, though if my spouse were to die tomorrow, I know what part of the human anatomy the government would give me.

Furthermore, an extra €4.3 million was spent to pay for pensions to former Greek prime ministers alone (or their wives and unwed daughters as mentioned earlier).

Perks for MPs continued unabated at a time when higher taxes were levied on products and services that were deemed a luxury for the average Greek, because average Greeks no longer have the right to pursue their happiness or demand quality in their lives. In 2010, MPs received €200 per month to pay cell phone bills (with a company of their choice), €12,000 allowing them to have 8 landline phones (or 7 depending which constituency an MP belongs to), a car leased by Parliament, €70 per night paid to MPs who are not permanent residents of Athens to pay for their hotel bill.

To put things into perspective, an average Greek who works full-time in the private sector averages €14,000 to €20,000 at best a year, depending of course on qualifications and how well the company fares. Civil servants, considered highly paid by Greeks who work in the private sector, expect €20,000 to €40,000 in returns, again depending on their position.

This category includes permanent employees who work in Parliament as well as personal aides who change depending on MPs, amounting to approximately 2500 mouths to feed. Each MP is allowed to choose an associate who is hired full-time by Parliament as well as an extra 3 assistants and a police officer for their personal security. Annual salaries  of parliamentary employees, as they are known in Greece, amount to €42,000. Newly hired individuals who only have completed secondary education, make as much as €1900 a month (cf. minimum wage your average Greek rakes in mentioned earlier). In other words, cleaning staff in parliament get almost three times as much as someone who completed tertiary education but only managed to find a job as a delivery boy.

This favoritism extends to pensions, as parliamentary employees are eligible for retirement with full benefits after 28.5 years of service.

In the five years prior to 2010 the number of such employees doubled. Nikos Vafeiadis’s article stresses that they are mostly made up of relatives of politicians and MPs, high-ranked judiciaries and law enforcement officers. Even former MPs, such as former Member of the European Parliament Manolis Mavromatis, have been hired. Vafeiadis mentions how it is common knowledge that not all employees arrive to work on a daily basis (because there simply wouldn’t be enough room for everyone in the building).

President of the Hellenic Republic: The Utter Insanity of Profligacy

The President of Greece is the most highly remunerated individual the public sector has on its dockets. By law (cf article 1 of law 565/18.3.1977 ), he receives €360,000 per year, in other words a cool €28,000 a month which is whittled down to a mere €22,000 after 20% tax deduction. Fortunately, this exorbitant drop in income is compensated for by the extra bonus received for expenses (i.e. showing up where scheduled). This bonus amounts to one third of the usual monthly salary received, therefore €9,300, which after deductions comes to €8,200.

In short, €30,000 a month is not bad for someone who shakes hands and in the last five years — when the country needed a key player in checking Parliament — has done absolutely nothing but scoff Greek citizens who called him a traitor in last year’s October 28th parade in Thessaloniki (a number of people face criminal charges as we speak, having been singled out from a crowd of thousands who, from a distance, booed a vexed Papoulias off stage, forcing him to flee in shame).

How long is the charade to continue, I ask? Foreign newspapers and news anchors laud efforts Greek politicians make and not a single publication has made it even to page 5 about the exorbitant salaries these so-called public servants pocket every month. Few if any journalists have actually come to Greece to live with a family for a month and see how they make ends meet.

It is precisely this imbalance of wealth  a number of intelligent Greeks see, wondering all the while at how everyone else has been sucked into a vortex of false exclusive reports on privately-owned TV channels and the so-called unprejudiced press.

The rich are getting richer, the middle class is being herded and domesticated to produce and sustain the proverbial fatted calf, and the poor simply subsist to balance wages in the job market. When will it dawn on the rest of the world that French society in the 18th century, which led to the 1789 Revolution and the subsequent Reign of Terror, has donned the trappings of technology and transformed itself from Absolutism to Democracy, but in name only?