”…There has been no official announcement. No terms or conditions have been disclosed. But Greece’s banking system is being propped up by an estimated 100 billion euros or so of emergency liquidity provided by the country’s central bank – approved secretly by the European Central Bank (ECB) in Frankfurt. If Greece were to leave the eurozone, the immediate cause might be an ECB decision to pull the plug…”

Greek Prime Minister Lucas Papademos has said Greece may default on its debts in March unless unions accept further cuts to salaries.

Analysts say the warning is to prepare Greece for more austerity measures. END_OF_DOCUMENT_TOKEN_TO_BE_REPLACED

We posted an article five days ago here on MySatelite with one of the most beautiful videos of Greece and thought it a pity if a short comment in English were not added to make this splendid video available to English-speakers as well.

Despite propaganda emanating from Wall Street, the ECB, IMF and various other consortia which have been banking all along on this financial crisis like a roulette addict on 18 red, Greece has much to offer, though its politicians are bent on selling off its most prized assets — its land and natural resources — at ridiculously cheap prices, which has been in our view one of the prime reasons for the instigation of this crisis in the first place.

This video was made to remind us in Greece of the beauties of the blessed country we live in: its seas, END_OF_DOCUMENT_TOKEN_TO_BE_REPLACED 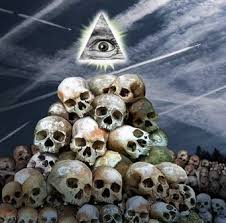 Watch the video and spread the knowledge. END_OF_DOCUMENT_TOKEN_TO_BE_REPLACED

While a break-up of the 17 eurozone nations isn’t a strong likelihood, Credit Suisse researchers say that END_OF_DOCUMENT_TOKEN_TO_BE_REPLACED

An end to the Eurozone would mean a wave of bank collapses and a recession that would affect the world for a decade.

We could be living through the last days of the euro. That is not a happy thought. While there were many negative aspects to the rules governing the European Central Bank (ECB) and the eurozone economies, no one can want to see the economic chaos that will almost certainly follow the collapse of the euro.

There will likely be a wave of bank collapses as banks are forced to write down much of the debt they hold in Italy, Ireland and other heavily indebted countries. This would bring about another Lehman-type situation where finance freezes up. Banks would stop lending to each other and even healthy businesses would find it difficult to obtain credit. END_OF_DOCUMENT_TOKEN_TO_BE_REPLACED