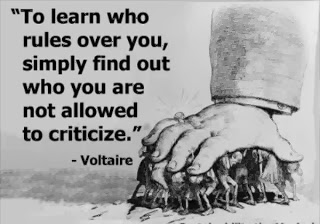 Editorial Note:  Of all the nations experiencing traumatic economic difficulties during the course of the current Great Recession, Greece has suffered the most adverse consequences.  The country’s five year economic problems have been longer and deeper than that of any developed country.  In fact, Greece has gone through a catastrophic depression otherwise unknown in the West.

The  standard of living has dropped drastically; unemployment has reached 26%; the debt to GDP ratio  is over 180%; the country’s “fiscal cliff” is looming bankruptcy;  social spending and the “safety net” have been eviscerated; while demonstrations and riots target both domestic debt reduction measures and the financial institutions  of the European Union power brokers. In response, the European Union END_OF_DOCUMENT_TOKEN_TO_BE_REPLACED

(NaturalNews) «We told ya so» just doesn’t quite cut it anymore. As the American sheeple slept, selfishly refusing to take a stand against tyranny, the Obama administration has been plotting what can only be called a total government takeover of America.

This executive order states that the President alone has the authority to take over all resources in the nation (labor, food, industry, etc.) as long as it is done «to promote the national defense» — a phrase so vague that it could mean practically anything.