With a pro-bailout and pro-austerity party claiming victory in the Greek election, economist Yanis Varoufakis joins us from Athens to reflect on what the result means for the economy and the Eurozone.

The obvious question is: what happens now?

YANIS VAROUFAKIS, ECONOMICS, ATHENS UNIVERSITY: Well, the derailment of the train that is the eurozone, which started with Greece and then other carriages started leaving the tracks sequentially – Ireland, Portugal, now Spain – is continuing. And yesterday’s vote is not going to change that at all. All exuberance and celebrations are completely and utterly misplaced. I’m afraid that the eurozone and END_OF_DOCUMENT_TOKEN_TO_BE_REPLACED

LARGO, FL —  In a shocking decision delivered Feb 28th, President Obama’s Security and Exchange Commission ruled that PepsiCo’s use of aborted fetal remains in their research and development agreement with Senomyx to produce flavor enhancers falls under «ordinary business operations.»

The letter signed by Attorney Brian Pitko of the SEC Office of Chief Counsel was sent in response to a 36-page document submitted by PepsiCo attorneys in January, 2012. In that filing, PepsiCo pleaded with the SEC to reject the Shareholder’s Resolution filed in October 2011 that the company «adopt a corporate policy that recognizes human rights and employs ethical standards which do not involve using the remains of aborted human beings in both private and collaborative research and development agreements.»

PepsiCo lead attorney George A. Schieren noted that the resolution should be excluded because it «deals END_OF_DOCUMENT_TOKEN_TO_BE_REPLACED 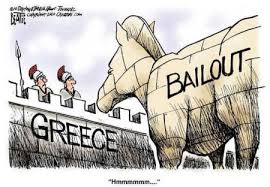 With only weeks to go before a crucial bond repayment date, statements from European leaders reveal a growing mistrust in the Greek political class’s ability and willingness to implement deficit cutting measures.Without those measures, Greece will not receive a necessary second bailout from international lenders, and without the bailout, it will likely END_OF_DOCUMENT_TOKEN_TO_BE_REPLACED